As first batch of Freak Animal Records in 2018, we are proud to present massive vinyl releases and related CD versions. Manual preparations took long, and also Grunt album went through multiple test pressings to guarantee ideal sound for vinyl format. Originally scheduled for late 2017 (like covers of bssm may mention), they are finally ready to ship! 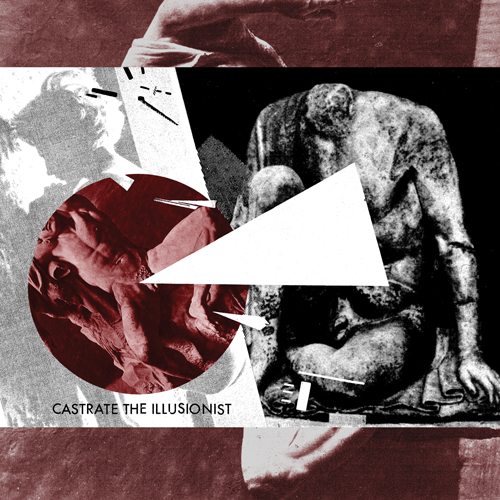 Born in 1993, Grunt remains one of the most active and restless forces in Finnish – or even global industrial noise network. Since first tapes published 25 years ago, project has been active without any breaks. Messy discography makes it hard to judge how many actual ”albums” has been created. List of releases reaches close to hundred, yet most of them represents other approach than creation of ”album”. Castrate The Illusionist goes directly into line of albums such as Myth Of Blood (2015), World Draped In A Camouflage (2012), Petturien Rooli (2009) and Seer of Decay (2006).

This path of recent 10 years Grunt focused mostly on creation of coherent albums. Each album has had its own character, yet often continuation of sound and themes of the previous one. Three years between the albums often spent on smaller releases and extensive amount of live gigs.

”Castrate The Illusionist” album represents both, sonic rawness of direct live-on-tape recordings as well as obsessive care on small detail. 40 minute album consists of 11 tracks, making most of them short, loaded with strong impact what leaves one hunger for more. Sound combines traditions of experimental electronics to fierce power electronics and industrial noise, aiming to fusion of interesting textures and details without losing ripping violent force of dark side of noise. 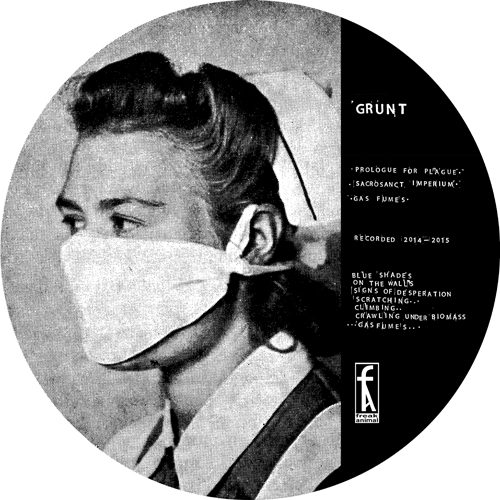 Re-issue of 20 minute tape that came out after Myth Of Blood album. Some concluded it to be superior material compared to full length. Whether this is true or not, Freak Animal acknowledges the strength of material to be worthy of vinyl reissue to keep it available little longer. Constant demand of the tape version has resulted material to be widely available, so vinyl edition is quite small.

Each vinyl is one-sider, including all the music on the other side and pasted-on graphics on other side of the vinyl, making it resemble picture-disc look. Includes graphics and lyrics of the original tape version. 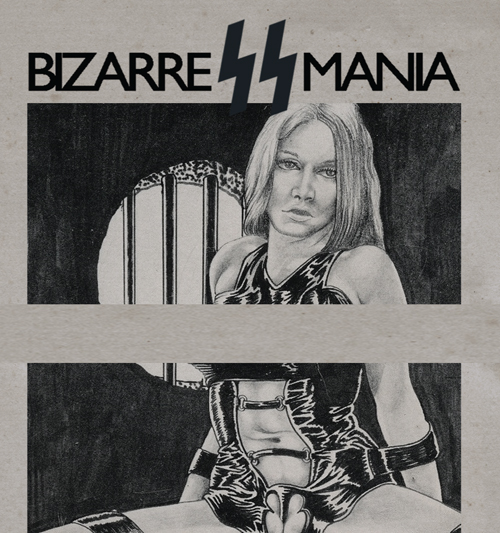 In 2010, Freak Animal and Filth & Violence issued ”What’s Your Pleasure, Sir?” LP by collaboration project of Bizarre Uproar, Sick Seed and Mania. Highly praised collaboration of these provocateurs of noise underground doesn’t didn’t gain it’s praise based on it’s offensiveness, but because of artistic strength. High energy levels of brutal noise makes album to stand out in mass of bleak releases. Freak Animal is still planning to reissue this album on CD during 2018.

Second collaboration of BizarreSSmania doesn’t repeat the exact same patterns. It is logical result, but also fresh. Each project has developed their sound and style during almost 10 years gap between these two releases. Second time they meet represents the fusion of current sound of projects. Bleak, rotten, crude and fierce combinations of many of the elements that each project is known for – but with different type of results what they did last time or what they do in solo works.

Slowly starting broken crackling, damaged fuzzy lo-fi sound, experimentation of utterly dirty and disgusting sounds that present album often to be what many noise releases are not: Difficult. You are guaranteed to get satisfactory amount of pure energetic noise bursts, but also disturbing, unnerving sonic damage. Raw edits and abrupt changes of atmosphere finally makes sense when you hear album as whole. It’s no use to listen couple minute fragments to preview full album.

Shipping of 1-4 CD’s is only 5 euro anywhere in the world!

Note that shipping of vinyl records cost the same – no matter do you take 1 or more. Flat rate is 5 euro in Finland, 15 euro in Europe, 20 euro internationally. So best is to check webstore and see if there are things what could be added into order to make better postage-per-lp value!